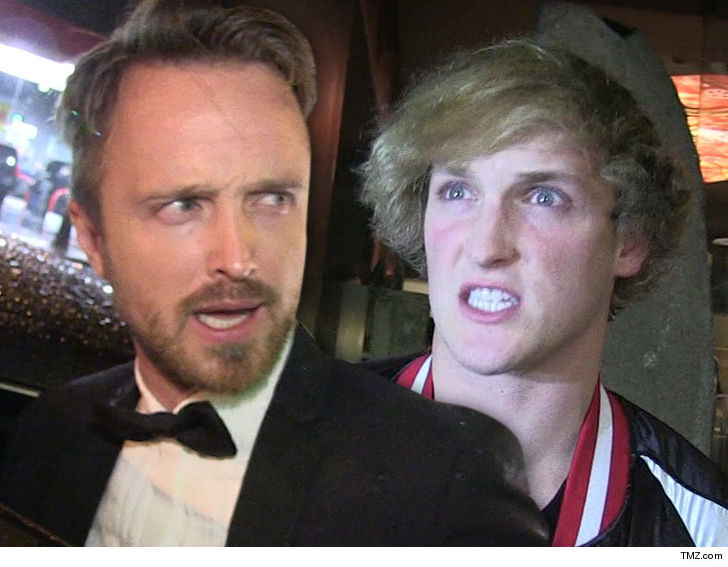 The celebrity backlash against Logan Paul has begun … with “Breaking Bad” star Aaron Paul unloading on the YouTuber as “pure trash” over his dead body video.

FYI, Aaron is not related to Logan — but if they were, you can bet he would have disowned him by now.

“Dear Logan Paul, How dare you! You disgust me.”

“I can’t believe that so many young people look up to you. So sad. Hopefully this latest video woke them up. You are pure trash. Plain and simple. Suicide is not a joke. Go rot in hell.”

Logan tried to smooth things over after shooting and posting a dead body he found in Japan by writing an open letter … but so far, it seems it’s being rejected harshly.